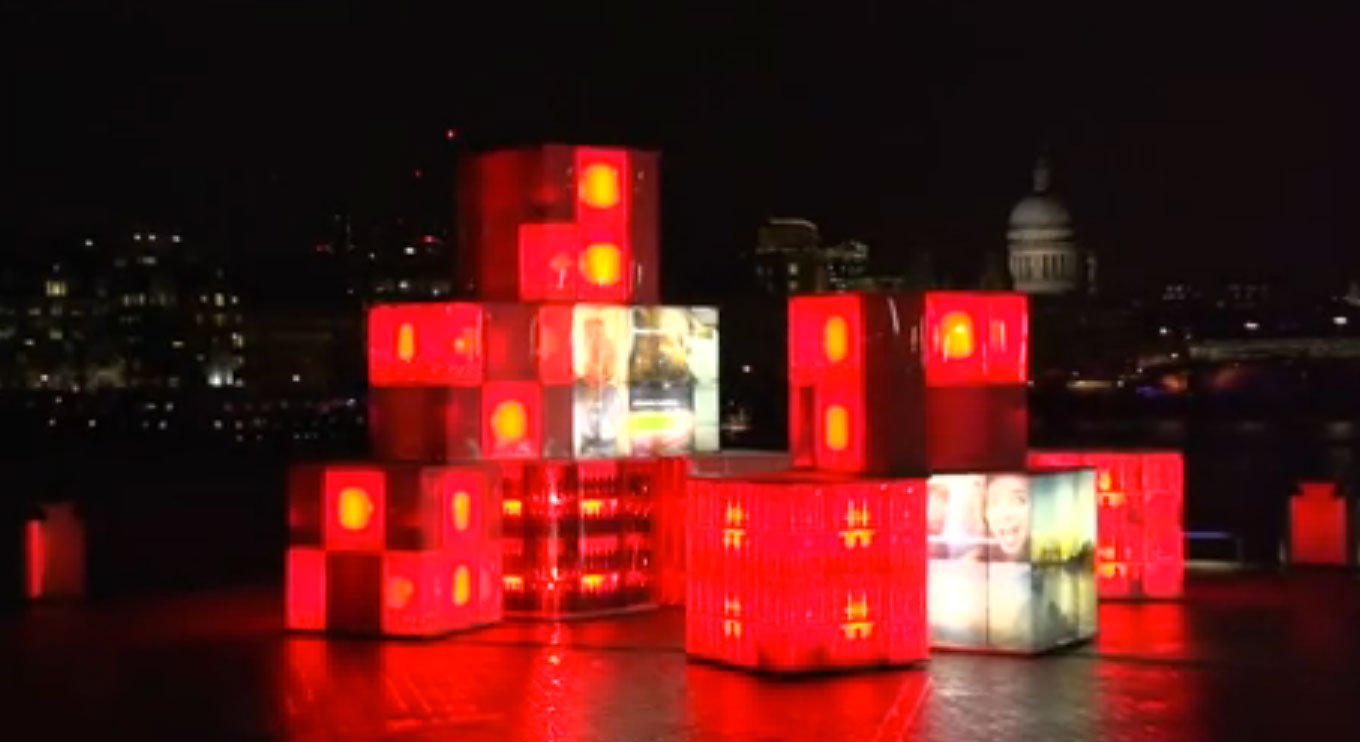 To bring its ‘Reasons to Believe’ campaign to life, Coke built a Twitter-activated installation on London’s South Bank. Called ‘the Power of Optimism,’ multiple monitors display the most-used, positive words broadcast on Twitter in the UK this year

The installation supports research that positive words outnumber negative words on Twitter in the UK by around two to one. So there you have it: us Brits are optimistic by nature (or, more likely, we are being ironic when we Tweet certain words)

The media is saturated by research and journalists increasingly need a really good reason to print findings. Spending a bit of cash on bringing the findings to life or innovating against them will often tip things over the edge