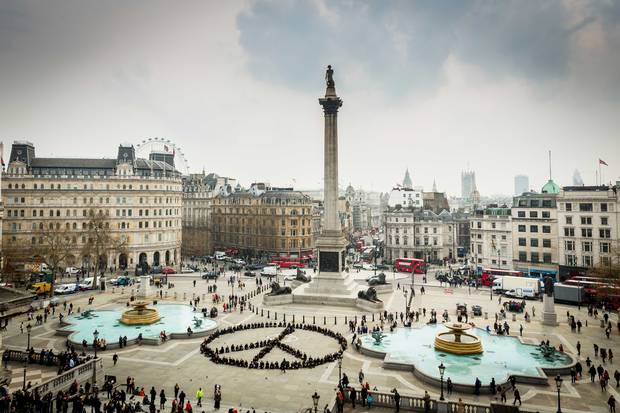 Lynx (or Axe as it is known everywhere else), which recently launched its ‘Make Love, Not War’ campaign, has partnered with Peace One Day – a charity that is calling for a global ceasefire day to be marked on the 21st September each year. The move comes as Lynx launches its latest deodorant, ‘Peace’, in support of the movement

The scale of it all. 70ft visuals of the ‘peace’ sign were displayed on landmarks across the UK. As part of the wider campaign Lynx has also utilised three creative platforms sure to resonate with young audiences – music, fashion and photography – via collaborations with Naughty Boy, ASOS and Matthew Lloyd

Using social purpose in campaigns to make customers feel they can make a difference to the world is becoming an increasingly common, and successful, tactic. If Lynx – which has prided itself on ‘un-PC’, light-hearted campaigns – can use social purpose in its creative, so can anyone