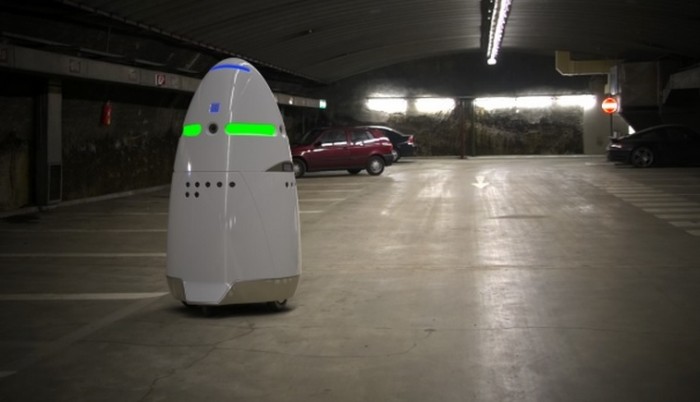 Microsoft has introduced robot security guards to its Silicon Valley campus. Unlike their sci-fi counterparts however, these droids (which look a little like a cross between an egg timer and something out of the Ann Summers’ catalogue) can only report to human handlers if trouble occurs….no lasers I’m afraid

It’s great to see Microsoft sticking such a large stake in the ground around the robotics debate. Such campaigns will be vital if they are to compete with the likes of Google, traditionally seen as more creative companies

Sometimes you have to commit. Robotics is a good example of an expensive industry where good creative platforms will come with a similarly high price. Often the difference between successful and unsuccessful campaigns is simple spending power