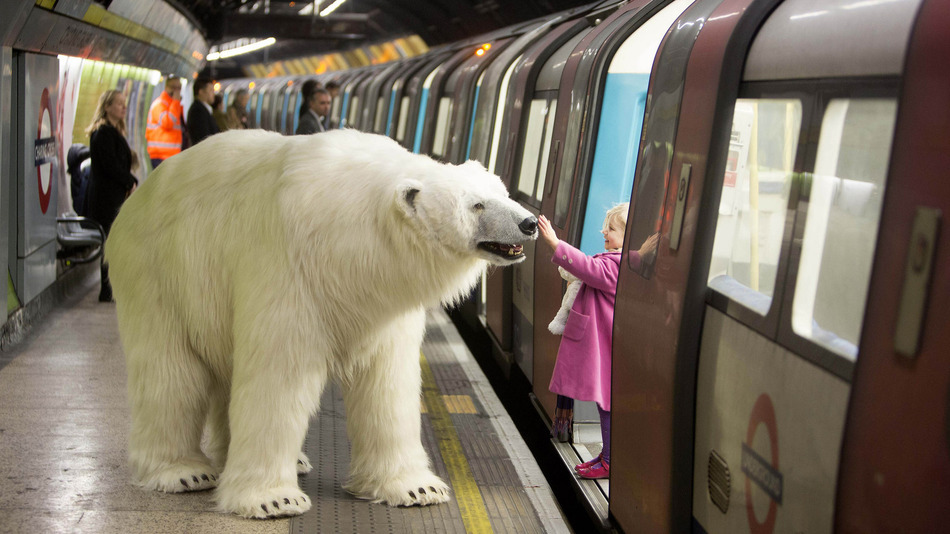 Londoners found themselves competing for space with a different type of commuter this week as a life-sized polar bear was spotted making its way around the Underground. The eight foot animated creature was in town to mark the launch of Sky Atlantic’s new Artic-based crime drama Fortitude, and was only marginally more terrifying than the usual rush hour denizens of the Tube

This is experiential marketing at its best.  Ignoring for a minute the fact that the show’s plot seems to have very little to do with polar bears, you can guarantee that almost everyone that saw the stunt either looked it up to find out what it was all about, or shared it via social media

Forget reams of campaign collateral – sometimes creating something that lends itself to a powerful picture really does paint a thousand words. Where exactly the bear carried its Oyster card is still something of a mystery, however

Eye of the Commuter