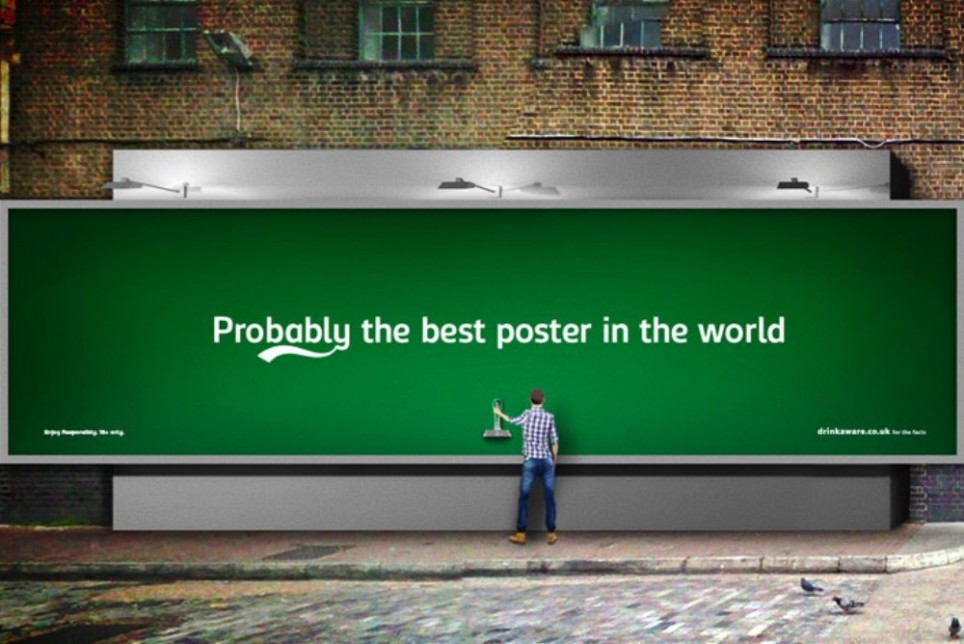 Building on its seemingly endless ‘probably the best’ campaigns, Carlsberg has unveiled a billboard that doubles up as a free, self-service beer tap. A full security outfit was on standby to ensure that nobody took more than the regulation pint and that no enterprising youngsters took advantage

This is an effective campaign and very necessary if Carlsberg is to protect its market share against the ever-encroaching hoard of craft beers (or ales as they used to be known before they became all hip and trendy). That Carlsberg chose Shoreditch – the heart of craft beer loving hipster London – for this billboard perhaps shows how seriously it is taking the challenge

If you face disruption in your market positive campaigns are always the most effective. Giving away free beer can’t hurt either

Eye of the Commuter