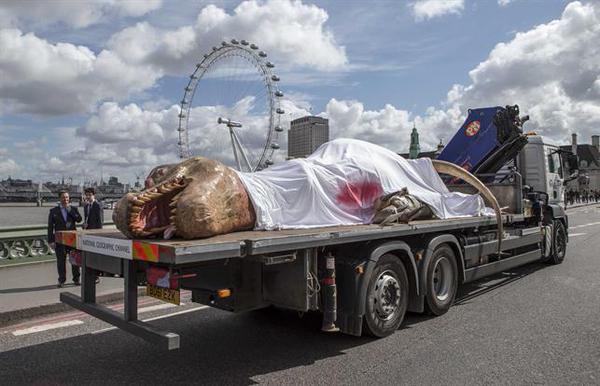 Eagle eyed Londoners took to social media yesterday to share pictures of what seemed to be a dead dinosaur on the back of a lorry. The travelling T-Rex soon appeared on news sites worldwide, including the Evening Standard and the Mirror. TfL even joined the fun by posting its own CCTV footage of the big beast. After a whole day of rumour and speculation, the stunt was revealed to be a promotion for the TV show ‘T-Rex Autopsy’

It was an eye-catching idea, taken straight to the public – a guaranteed hit on social media

If you’re hoping to ‘go viral’, don’t do the big reveal too early – the uncertainty will give it momentum

How algorithms work and control your social media feed?