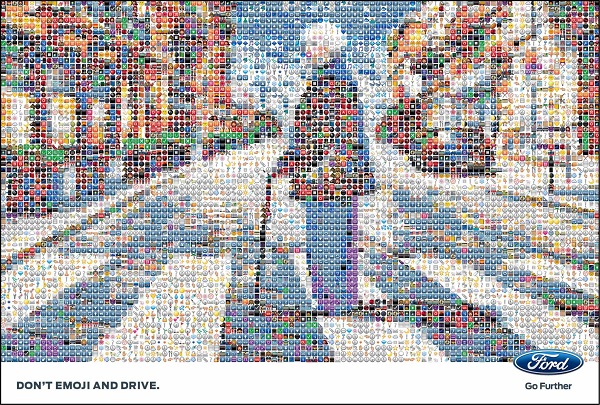 Another week, another emoji-based campaign. This time it’s from Ford, which has ‘painted’ with emojis to create an awesome video and images to remind drivers about the dangers of sending text messages from behind the wheel

Ford has elevated a simple CSR initiative through superb design and a clever concept, nicely bringing to life its message of ‘don’t emoji and drive’ (although IW does shudder a little at its using a noun – and a neologism at that – as a verb)

Execution is everything. Whatever the message, in today’s crowded media landscape you will only be heard if you combine solid creative with exceptional design

Dressed to the Nines