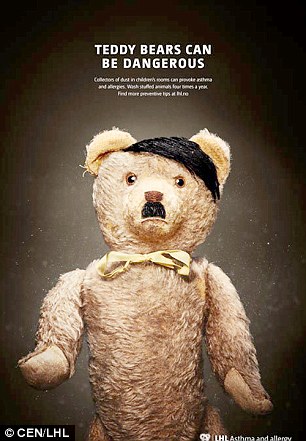 Norway’s Heart and Lung Association wanted to raise awareness about the risk dust on toys can pose to children. As teddy’s are some of the worst offenders (causing many cases of asthma), the Association produced images displaying the usually friendly bears dressed as dictators. These included Hitler and Kim Jong-il of North Korea. The advert has been banned and the Association received backlash

Dressing teddy’s as dictators is over exaggerating the idea that dust is dangerous. Although this campaign was seen by many, not all publicity is good

When using controversial figures to highlight an issue, ensure you’re not making light of sensitive events