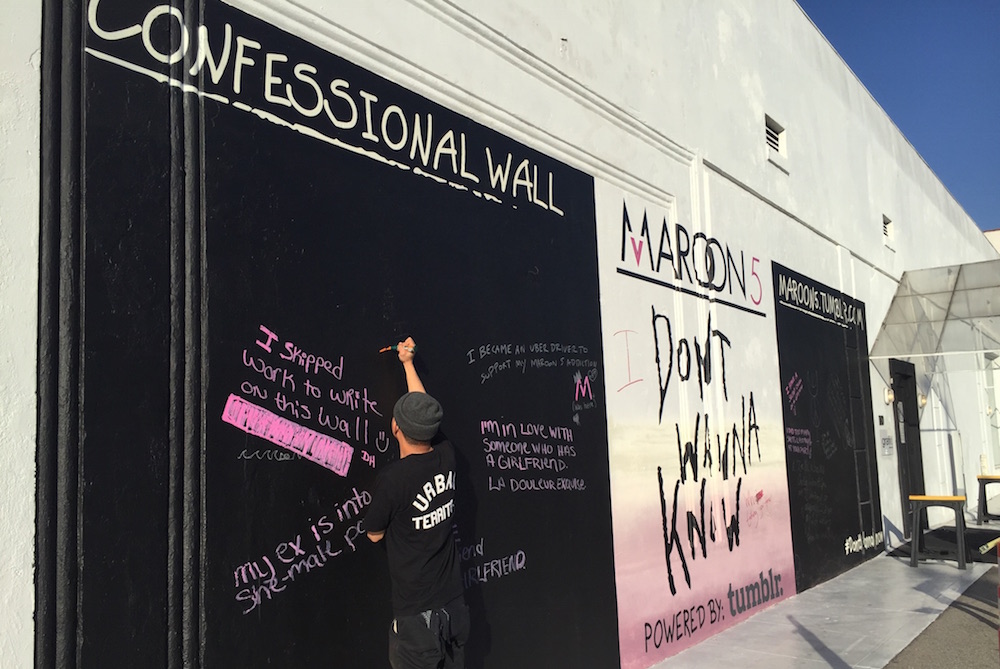 Maroon 5 teamed up with Tumblr to promote its latest single Don’t Want to Know by asking fans to share their deepest darkest secrets (anonymously) to the bands official page on the popular blogging site. These secrets were then ‘live-scribed’ on a billboard in California as they were submitted.

Secrets don’t come cheap though, and so to incentivise entry the band entered every participant into a prize draw where a host of prizes could be won

We connect most with people when we let them in on our real, inner, thoughts. Encouraging its fans to do so with them is an excellent way of forming genuine emotional connection outside of its music