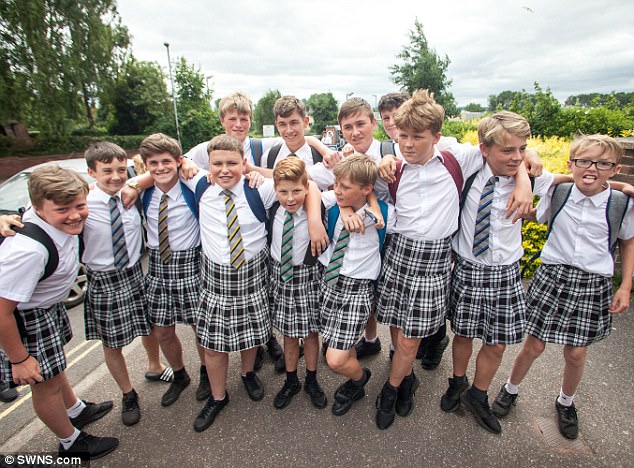 Not so much a “campaign” as a top bit of mischief from male pupils at ISCA College in Exeter.  Suffering under the oppressive heat of a British summer (anything above 19 degrees) and a restrictive, gender-defined uniform regime, five boys took a stand and turned up to school wearing regulation skirts.  They started a movement.  The next day, more than 50 decided to do the same, with some borrowing skirts from female pupils to join the demonstration.

Good clean fun that cocks-a-snook at the teachers and their rules.  Finding a loophole and exploiting it for the sake of banter is always newsworthy.

Back of the Net