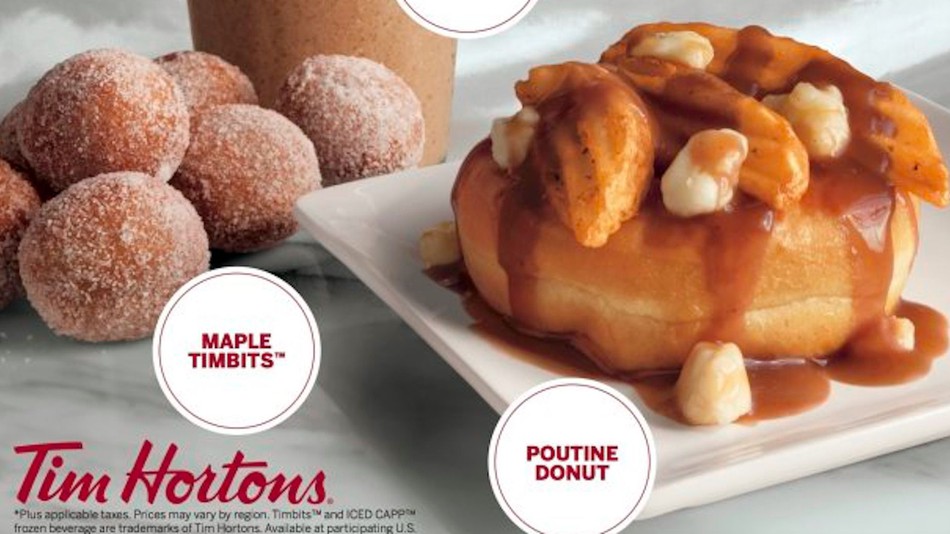 To celebrate Canada Day (the 150th of the occasion in fact), coffee shopTim Horton’s reimagined the nations unofficial dish Poutine and put it on sale, bizarrely, in America only. The new take on the comforting classic saw thick-cut chips, cheese curds, and of course gravy, all served over an American donut – and caused quite the stir north of the border.

Denying Canadians ‘the right’ to sample the delights of a new take on their unofficial national dish, on the 150th Canada Day, was genius. Even those who found the look of the dish to be less than appetising were found to be hungry to at least try it – if only as it was an affront their neighbours that they were denied the chance!

Beer Me Up, Scotty!