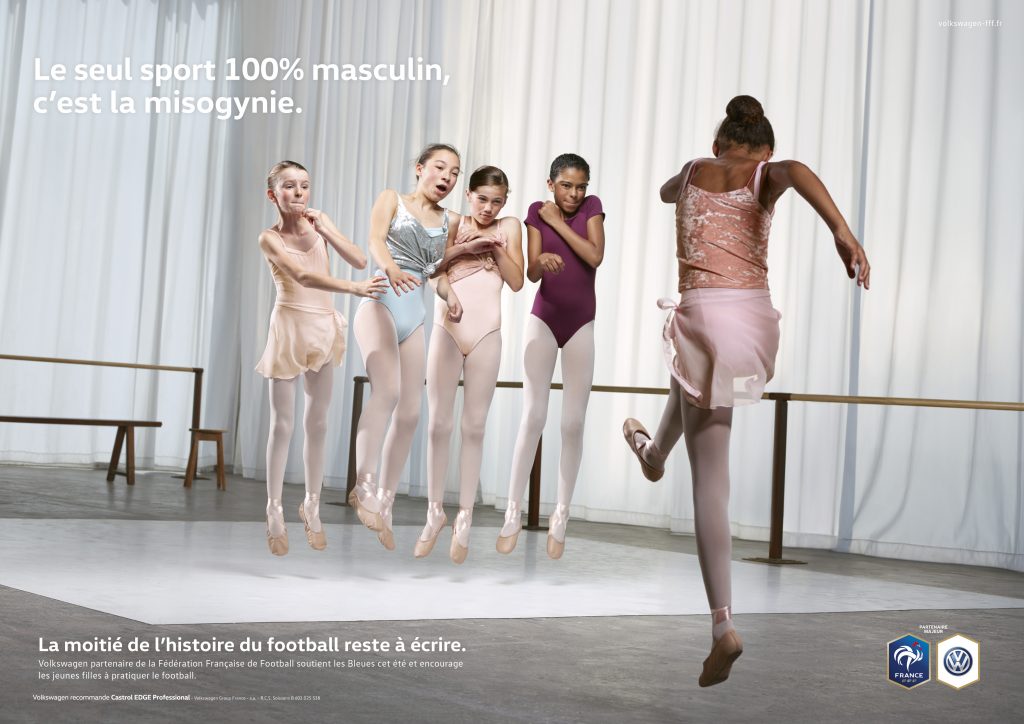 To mark the beginning of the Female Football Euro tournament, Volkswagen released a print campaign celebrating females playing football, a sport essentially known to be masculine.

Volkswagen isn’t into cheap feminism but tackles a real problem: the perception that a sport is made for males mostly because a majority of its fan base are men. The copy reads “Misogyny is the only sport 100% masculine.”

Keep Your Willy to Yourself

Chalk one up for graphic indecency