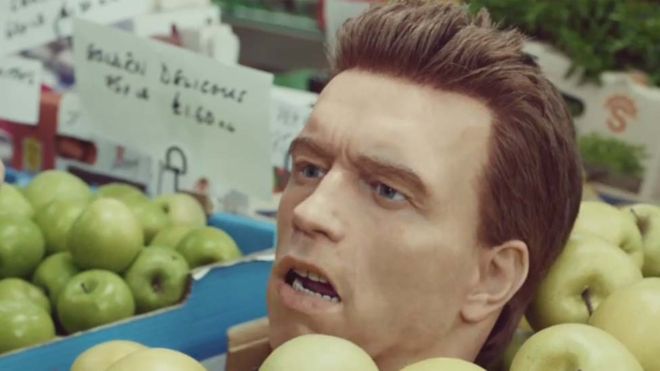 The Financial Conduct Authority, a body known for many things (and none of them humorous) created an odd advert starring the likeness of Arnold Schwarzenegger.  A CGI version of Arnie’s head burst out of supermarket shelves, urging shoppers to ‘Make a decision’ and to ‘do it now’.

It was all in aid of raising awareness around the FCA’s upcoming deadline for consumers to raise a complaint about something called PPI – which was essentially a type of insurance commonly missold across the UK in the late 2000’s.

Whilst the ad wasn’t funny (we did say these guys weren’t known for humour) – it was effective. Managing to land coverage on a topic which has seen over 17,000 articles since it first became a hot-button issue in the UK.

IW’s a huge Arnold fan, and so we’re always happy to see him crop up in content. Though we have to say, it’s really not his finest work – and IW is certain that more could have been done with such an iconic pop-culture figure. Still, even if the ad wasn’t funny, it was effective – and so for the FCA it was a win. Good thing too, considering it set them back a cool £42million.