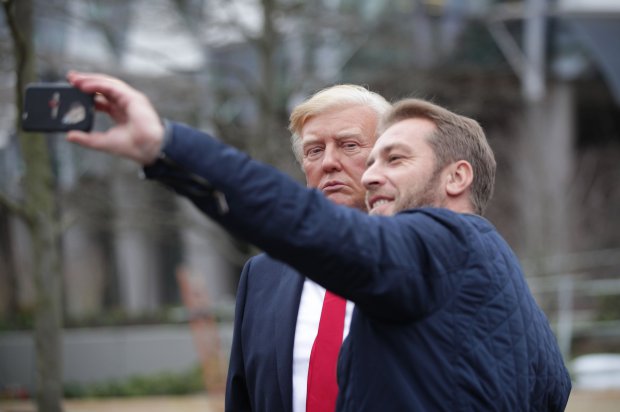 Madame Tussauds has recently added a new waxwork to its collection – US President Donald Trump. So when news broke that Donald Trump would be cancelling a planned trip to the UK to open the new US embassy (which recently upped-sticks from an ancient building in central London, to a swanky new building just outside the centre) the brand saw an opportunity…

That’s right, as the real Donald was unable to make the opening of the new US embassy, his waxwork stepped up instead.

Mere hours after the cancellation was announced, wax-Donald could be found standing stoically outside of the building – providing great selfie opportunities for passersby, and fantastic picture story content for everyone else.

Seeing brand ‘trolling’ move offline and into the physical world. Provided it’s not too incendiary, these ‘close-to-the-bone’ stunts can be a lot of fun.