Super Bowl 2018 did not disappoint. It supplied thrills, spills a shock result on the pitch and the return of #nipplegate’s very own Justin Timberlake. But we’re not here for any of that. We’re here for the good stuff—the adverts. Super Bowl 2018 saw record advertising spending with a 30 second spot costing $5 million, and around $500 million was spent in total. So let’s get down to brass tacks and answer the question on everyone’s lips: whose hard-earned dollars were well spent, and whose were wasted?

Swept Us Off Our Feet

There’s no point beating around the bush here; Tide were the undisputed winners of the Super bowl in 2018. Their adverts which gently mocked the stereotypical format of Super Bowl ads by imitating them, while encouraging the viewer to try and work out what their advert was in fact for, was made all the more pitch-perfect with the decision to cast everyone’s favourite small town cop—David Harbour, who played Jim Hopper in Stranger Things.

The punchline of the campaign, which was spread over the four ad-break quarters, was that considering the fact that Tide hold over a quarter of the detergent market share, every advert ever made is really a Tide advert. This assertion was backed by the fact that when asked, Proctor & Gamble, Tide’s parent company, admitted that all of the clothes used in their Super Bowl adverts were washed with Tide detergent.

The Tide spot has been almost unanimously hailed as a masterstroke in timing and self-awareness given the recent online trend of youtubers and vloggers filming themselves eating Tide pods. Their campaign was crisp, clean and fresh. Bravo.

The NFL’s ‘Touchdowns to Come’ advert which starred Odell Beckham and Eli Manning, garnered widespread approval with its take on Patrick Swayze and Jennifer Grey’s iconic lifting scene in the 1987 hit film Dirty Dancing. It showed the pair, flanked by their Giants teammates, rehearsing their new touchdown celebration set to the scene’s famous song ‘Time of my Life’. The spot hinged on comic timing and solid acting, both of which were bang on, making for a genuinely amusing and memorable advert.

Amazon opted for a star studded line-up to carry their ‘Did Alexa Lose Her Voice?’ spot. In the ad, various celebrities including Anthony Hopkins, Cardi B and Gordon Ramsey are called upon to replace the voice of Alexa who has mysteriously lost the ability of speech. Cue a chilling response from Hopkins, expletive ridden verbal abuse from Ramsey and some shameless self-promotion from Cardi B. The concept and script are well thought out and well executed and the broad range of celebrities featured makes for a thoroughly engaging ad.

Kia, for some reason, opted for Aerosmith’s Steven Tyler to front their ‘Feel Something Again’ advert. It sees a decidedly leathery Tyler reversing a Kia round a race course, which in turn reverses time. We see him speeding backwards through the ageing process a la Benjamin Button, until we are presented with a creepily smooth-faced CGI Tyler who exits the car to a sea of adoring female fans. The advert not only has a vague and jumbled message, but is also somewhat offensively ageist in its implication that older people no longer ‘feel’ things. The advert’s overall theme would appear to be: Old = bad, Young = good, and the viewer is left feeling slightly depressed by the futility and inevitability of the ageing process. Needless to say, It’s hard to see how this would make them want to go out and buy a Kia.

Ram Trucks’ ‘Built to Serve’/We’re so Woke ad was one of the most maligned of the entire Super Bowl, with some deeming its use of a Martin Luther King speech to be clumsy and tone-deaf at best, and a blatant exploitation of the civil rights movement at worst. Some of the backlash became downright embarrassing for Ram when it was pointed out that in another portion of the very same speech, King spoke of the deceptive nature of the advertising industry. Its bandwagon jumping message was clumsy and awkward and Ram would be well advised to stick to what they’re best at; haulin’ ass and burnin’ rubber.

Hyundai’s Hope Detector ad painted drivers of their cars as life savers, owing apparently to the company’s contributions to cancer charities. The advert showed people passing through the aforementioned ‘hope detector’, (which identified whether or not they have Hyundai keys), and If their keys were indeed the keys to a Hyundai, they were embraced by cancer survivors. The spot missed the mark for many, with some accusing the company of exploiting the plight of cancer sufferers to their own commercial advantage, while others asked whether the money spent on the advert itself would have been better spent as a direct contribution to a cancer charity. 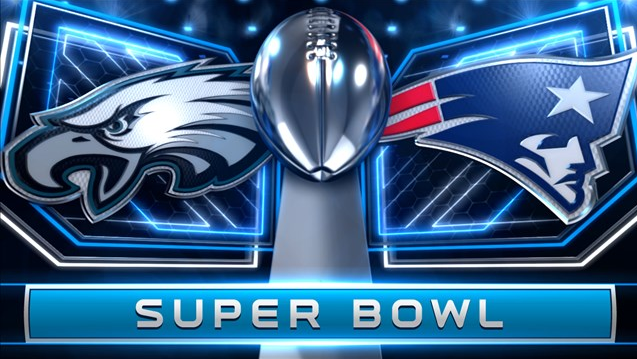