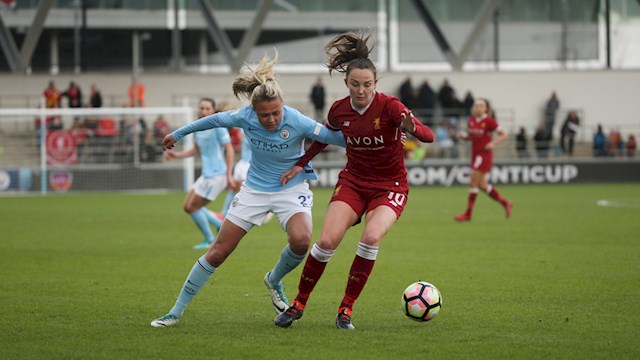 Football is one of the most popular sports around the world for both women and men. However, there has been a lack of representation for women within the sport and this problem continues to cast a dark shadow over the beautiful game.

Manchester City, the current powerhouse in English football, are taking a stand to ensure women are given the same opportunities as men within the sport. They recently launched their #SameGoals campaign, with the aim to encourage more girls to play the sport, regardless of their background.

Every girl who sends in a video of her scoring a goal (with any ball) will be in with a chance of winning one of 2,000 official Manchester City footballs. By doing so, Manchester City are giving girls the power to play the game they love, regardless of their background – “give a girl a football and you’ve got a football player”

Manchester City have the eyes and ears of football fans across the globe at the moment and they are putting their status to good use. Women’s football is dwarfed in comparison to the men’s game but initiatives like this help to knock down the barriers and help to inspire a new generation of female footballers.