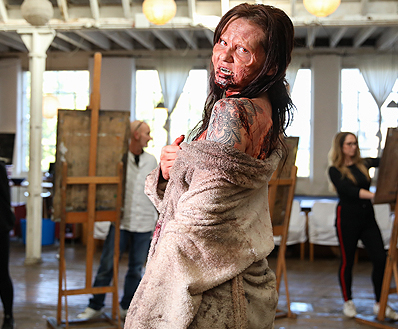 The Walking Dead’s back on the air this week. And if you had somehow missed that fact amongst all the noise being made on Twitter about its main character making their exit from the show at some point this season – they’ve created a pretty nifty activation to draw your attention to its return.

Introducing the ‘death drawing class’ – a neat one-off event that gave budding artists the chance to breath some life into the undead.

The stunt kicks of wider activity that will see FOX hosting a pop-up art gallery in central London next year. The network is calling on fans to share artwork inspired by the show, giving 20 fans the chance to feature – with the best work accepted (as judged by the showrunners of the program) winning £2,000.

IW is a sucker for a pun. Not just because our sense of humour is truly immaculate – but because they can often be a great way to clearly convey the ‘what’ of your idea to the press and public. It was used to great effect here.