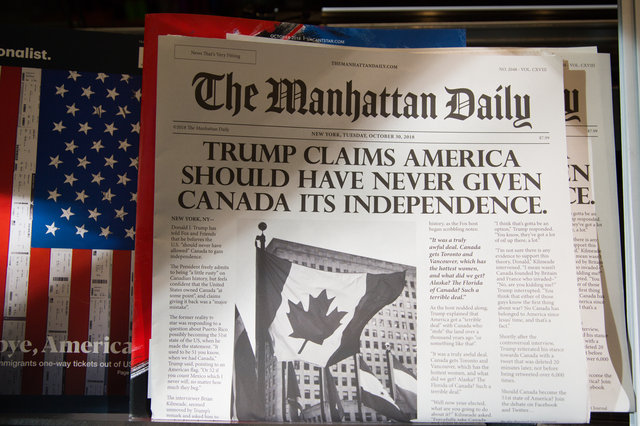 In advance of the midterm elections taking place in the US, the Columbian Journalism Review wanted to highlight the dangers of misinformation and fake-news.

To do so, it created the ‘Fake News Stand’ which sold a selection of fake-newspapers such as  ‘The Informationalist’ and ‘Hussle’ – which featured fantastic (and it’s rare for IW to be able to use the true meaning of the word) headlines such as ‘Toddler Fightclub’, and ‘Hilary Clinton Told FBI to Deliver Uranium to Russians’.

Instead of featuring further details of these stories on the inside of the newspaper, each edition instead included a useful guide on how to identify fake news in the media.

Bravo to the copywriters on this campaign that managed to craft some headlines which were absurd enough to stand out in the increasingly absurd world we live in.