In the electronic cluster f**k that is the email inbox on the morning of black Friday (I thought GDPR had rid me of these cursed terrors) there was a small ray of light that elicited a smile, a twinkle in the eye, and a motivation to share, which is a basic, but oft neglected ambition for brands.

Love them or loathe them Brewdog have made a big impact on the UK drinks market. From the pantomime-esque headline grabbing stunts, to the almost inexhaustible business growth, and the now ubiquitous bars, they have provided a welcome antidote to the monopolistic landgrab of the mega (or should that be meta) breweries, and proof of concept to many aspiring beer makers.

Hands in the air, I have a vested interest in Brewdog, I’m one of the 60,000+ optimists that supported various stages of crowdfunding, and as such I keep a closer eye than most on the brands movements (more on that community later).

But while the brand has moved away from the pantomime villainy of its early years (notably the response to the Trump free beer gaff), now embracing the Byron Sharp/Mark Ritson mindset and focusing on mass physical and mental availability, The Brewdog Sticker Club is a piece of brand whimsy to be applauded.
I read a comment recently likening advertising to science. On the surface it is a series of inexorable truths, but the more you know, the greater the complexities. I’m not sure if this project is the result of the Brewdog internal team, or an excitable agency, so cannot comment on the gestation process for the idea, but from an audience, brand, cultural perspective I see it as a smart piece of work…

Audience. There have been many headlines/memes/stereotypes of Millennials (insert generic “millennials can’t afford houses so they embrace small frivolities that drive social experiences” headline here…) and GenZ (insert “GenZ are rejecting the vices and social constructs of previous generations” here…) and while I have little time for the demographic labels there are several triggers at play here. Notably the total numbers for alcohol consumption are declining and the rate of pubs closing rising. So how does a business buck the trend? Steal learned behaviours from other cultures.

Culturally we have seen a resurgence of Panini Sticker Album, bolstered by a frankly miraculous England performance at the last world cup, the company has seen growth, and not just in the playground. The sticker album maker has seen explosive growth with urban professionals, who chase school yard nostalgia (“got, got, need, got, swap for a shiny”) and are frustrated the ability of digital devices to supersede nearly all entertainment formats, especially with their own offspring. This was further confirmed in the summer when WHSmiths launched swap clubs on Friday lunch times in many venues in proximity to major office buildings (with little PR attention paid).

And then the brand. Brewdog has never struggled to differentiate, but stickers talks to something deeper than the sensationalist headlines. As a business built on the enthusiasm of 60,000+ crowdfunders (the equity for punks) they have always encouraged community and conversation (knowing that beer connects us, before Heineken pissed us all off). Practically they have the growing bar network which provides the physical social space, and has no doubt facilitated many hours of sticker transactions over a lunchtime pint.

While I could post rationalize further, I suspect this idea is the result of eagle eyed bar staff and a spark of genius. Maybe the beer is the fuel for creativity… 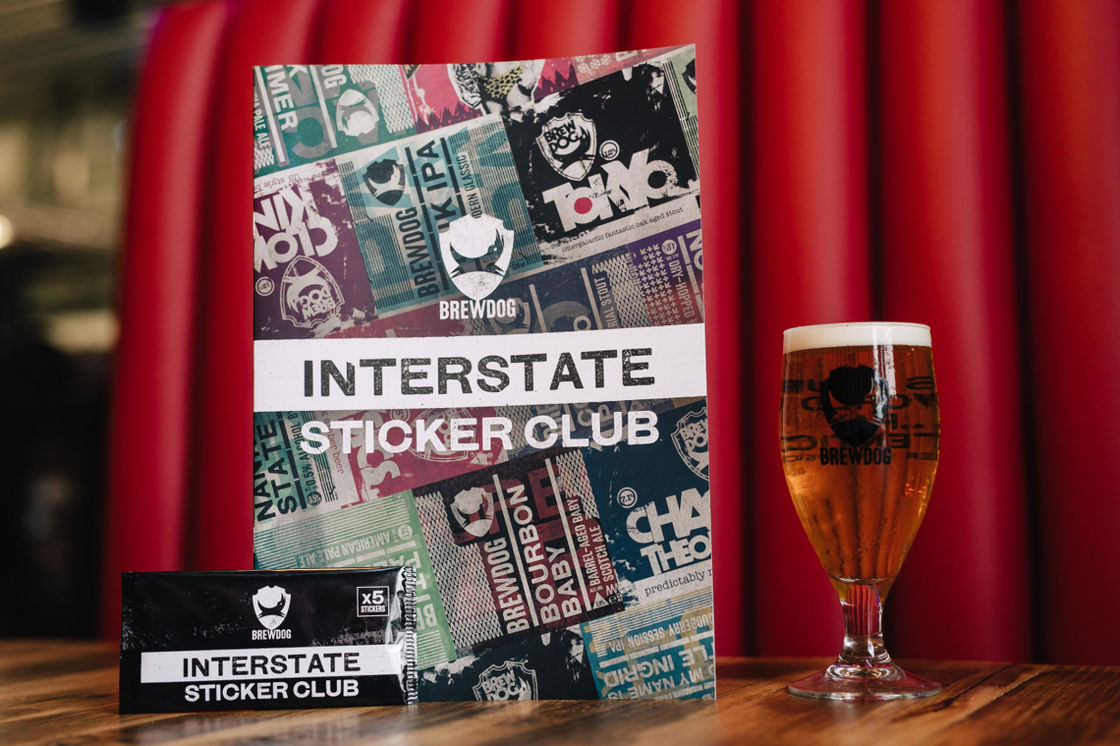