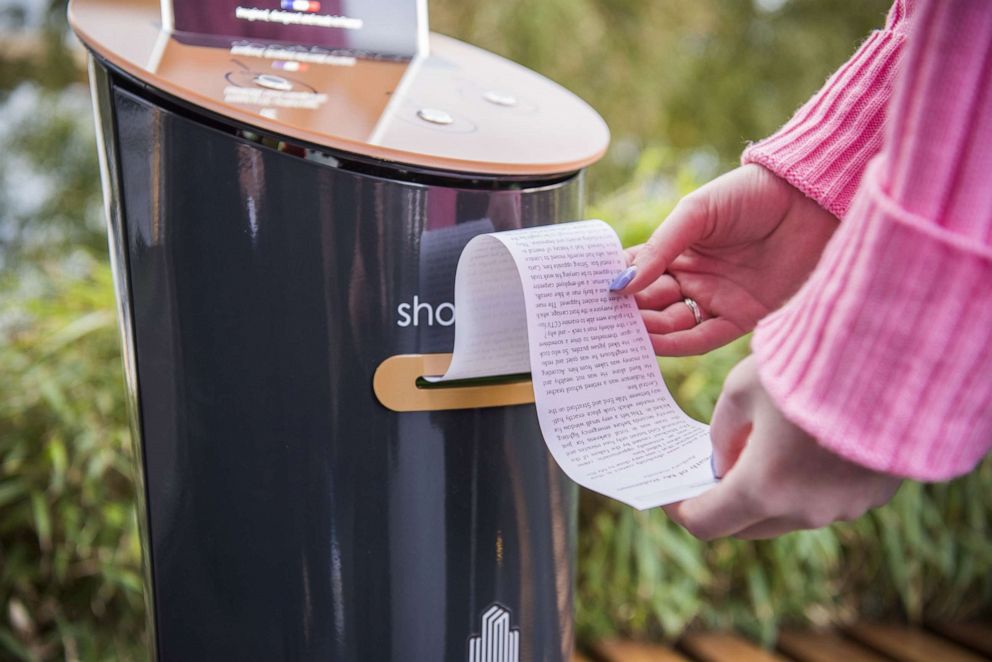 Brits recently listed ‘lack of time’ as the number one reason why they keep leaving books unfinished. 53million of them each year, in total, in fact. And not because they’d much rather park themselves in front of the telly and watch Eastenders.

To help them enjoy the thrill of a good book in the small amounts of time they do have, Canary Wharf installed ‘story vending machines’ which print out short stories that can be consumed in three to five minutes on your commute. They’re not by just anyone either – noted author Anthony Horowiz even contributed a tale.

It’s a simple and fun stunt that went the extra mile by serving up an exclusive tale from talent.