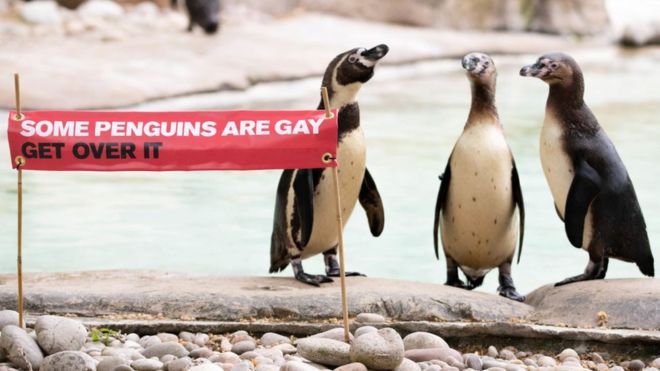 London Zoo helped celebrate pride by releasing some cute images of same-sex penguin couples it has in its care. The images were captured at a party it hosted during pride for the penguins, which featured banners that said ‘some penguins are gay, get over it’.

A beautiful stunt that contains everything IW loves. Purpose, and cute-animals.